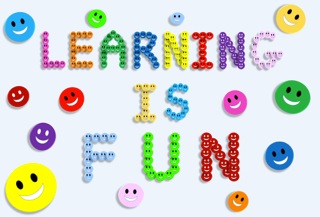 2. Word to word matching : Do pen  and pipe  begin with the same sound?

3. Fishing game : put clips on the cards, lay them on the carpet, use a dowel stick to make a fishing rod and learners take it in turns to “catch fish”. They have to tell you what the word starts with or give you a word that rhymes with it or give you another word that starts with the same sound as the card.

4. Snap:  The learners take turns drawing a card from a face-down pile and placing it on a face-up pile. When a newly drawn card has the same beginning (or end) sound as the top card in the face-up pile, the first learner to identify the match by saying "snap" collects the pile.

5. Hand out cards. Teacher has a bag of letters and picks one out. She asks “Who has a word with the letter g in it? What sound does it make in your word? Those kids can stand up or take a new card.

6. Rope Jump:  You need a rope for this game. Learners stand behind each other in a line. Hold a rope (have a learner hold the other end) at a height that the learners should be able to jump over. On the other side of the rope spread out some picture cards. Show a letter to the first learner. S/he has to jump over the rope, pick up the correct picture card that begins with that letter and identify the sound of the letter. For other rounds you can hold the rope down low, so learners have to crawl/roll under.

7. Musical Chair Alphabet:  Place chairs in the form of musical chairs with alphabet flashcards placed on them. Give each learner a picture card. Start the music, when the music stops, the learners have to find the letter that matches the first letter on their picture card and say the sound of the letter.

8. Race Track:  Lay out the picture cards like a race track with a start and finish line. Learners play in pairs or teams. Learner 1 rolls a dice and moves a counter along the track. The learner must say the name of the picture card landed on and isolate the beginning or ending sound. Variation:  put in some 'throw again' cards (e.g. brightly coloured cards) and a nominate a 'crash' number on the die (e.g. if learners throw a 6, they crash and must stay where they are and miss a turn.

Please note that there is a limit of 25 products when ordering through our online shop. For bulk orders please contact us directly.