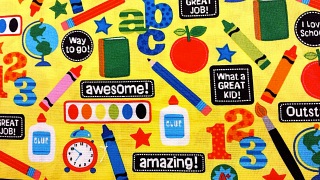 1. Pronounce a word and tell the learners that this is the fast way  to say the word, and give an example of the slow way.  For example, football (fast way)  and f-oo-t-b-a-ll (slow way). Give the learners another word eg. bed and ask if they can say it the slow way  (b-e-d).

2. Cups and counters:  Have 3 cups with counters. The number of cups corresponds to the number of sounds in a target word. Take a card and say the word slowly, breaking it up into sounds. Each time you say a sound, put a counter or button in the cup. Hand out the cards to the learners and they take it in turns to say each sound in their word and put the counters in the cups. Note:  When working with the segmentation of entire words, it is best to use words of no more than three sounds (phonemes) as this is the most difficult task for young learners.

3. Train game:  Have a train with 3 parts beginning, middle and end. Put words in a bag, learners pick a card, the teacher asks “where does the /t/ sound come in the word cat?” The learner puts it at the end of the train to match the position of the sound in the word.

4. Count the sound:  Hand out the cards to learners and ask them to count the number of sounds in their word.

5. "Sound Maths" : For example “chair”. It starts with /ch/ and it ends with ‘air’; take the first sound away and it says ‘air’. Practise this using visual assistance until the learners can delete sounds with a simple prompt: "Say ball without the /b/".

6. Blocks:  By placing two coloured blocks side-by-side, the teacher can designate one as representing the target sound and the other as representing the remainder of the word: "I'm going to use these blocks to say moon. This (red block) says moo and this yellow block says /n/. The learner is then asked what the first block said when the second block is removed. Use the picture cards as targets for the desired words.

7. Odd one out:  Have three of four picture cards that start with the same sound. Have learners identify the pictures, so everyone uses the same labels and exaggerate the initial sounds. Add in a card that starts with a different sound. Sing/say "One of these things just doesn't belong here, one of these things is just not the same. Can you tell which thing just doesn't belong here? Before I finish this game?"

8. Start these games using the picture cards as a visual aid and then take the pictures away to strengthen auditory skills.

Please note that there is a limit of 25 products when ordering through our online shop. For bulk orders please contact us directly.